“Turning and turning in the widening gyre

The falcon cannot hear the falconer;

Mere anarchy is loosed upon the world,”


The finger that hangs from a thread works is an allegory for this new surreal world order, where threads of misinformation spin with destabilizing speed, making us more divided than ever.


To compose this video, the artist cast her own finger in plaster, and during the process a cotton thread was put through the finger, allowing it not just to hang but also to spin. Later a scenario/background was built to facilitate the filming of the finger.

This work is the artist personal attempt to visually grasp the destabilization of truth. The finger is a compass that points towards everywhere but never to just north. The finger always points, accuses, but never withholds its accusation for long.


the work is inspired by Dziga Vetov’s, “Man with a Movie Camera” (1929}. Vetov's masterful portrayal of one day of an urban life and translating its rhythm in the editing process. 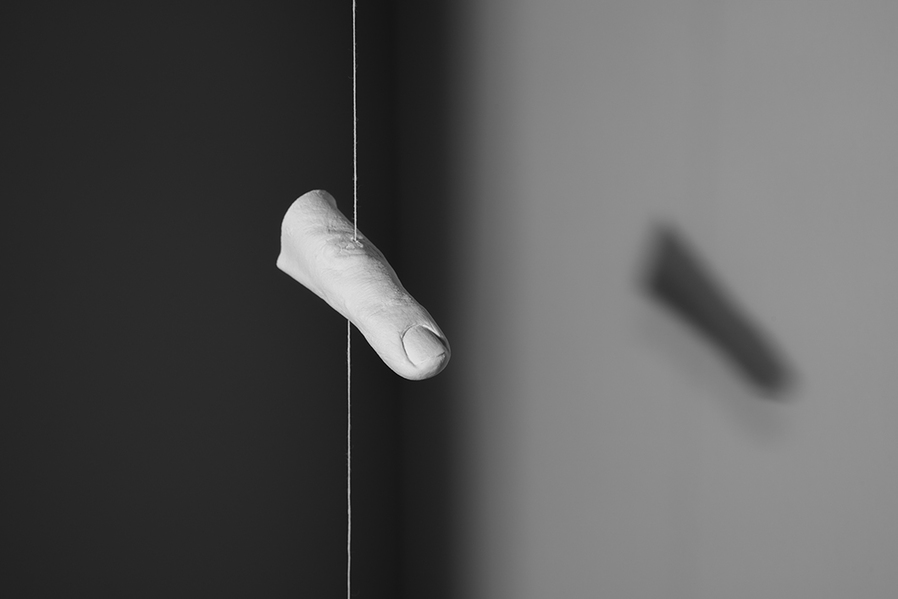